The benefits of employee ownership are proven evident in the report Making Employee Ownership Work in Startups and SMEs, thanks to international comparison carried out by researchers from the European Center for Alternative Finance (ECAF) of the Utrecht University School of Economics (USE).

According to researchers Ronald Kleverlaan, Lara Spaans and Erik Stam, in the Netherlands, political parties, the Ministry of Finance, but also employers and employees are still a bit hesitant about employee ownership. The three researchers, on behalf of ECAF, were commissioned by Techleap to conduct an analysis of scientific literature, an international comparison of employee ownership and employee stock options. The report provides an overview of the institutional context in other countries and benefits of employee ownership for employees, companies and society.

We spoke with Ronald Kleverlaan (managing director of ECAF and chairman of Stichting MKB Financiering) and Erik Stam (professor of Strategy, Organization and Entrepreneurship at USE) about the report.

What is employee ownership?

Erik Stam says, when it comes to employee ownership, “…We’re not talking about works councils or other participatory bodies. Our research concerns the co-ownership of employees in companies.”

“In start-ups (in a tech company, for example), you often see that a chunk of shares ends up in the hands of a limited group of employees, because they want to bind the shares to them,” Ronald Kleverlaan adds. “But a broader distribution in which both management and the majority of staff are co-owners is also conceivable. Even the form of an employee cooperative in which the company is fully owned by the employees. So it is indeed a kind of sliding scale of co-ownership, which we summarize as ’employee ownership’ – even though the underlying legal and organizational models are different.”

How will employee ownership stimulate the economic system and entrepreneurship?

“We do have a good, robust economy in the Netherlands, with investments in knowledge and talent, but we don’t really seem to be succeeding in taking productive entrepreneurship to the next level,” argues Erik Stam. “The Dutch system is set up for a twentieth-century economy, whereas for this twenty-first century we need a system that is much more focused on dynamism and inclusiveness. New combinations, experiments that emerge from the bottom up. Labor and capital are enormously compartmentalized, especially in policy. Employee ownership can connect labor and capital in new ways. We are trying to turn that around with our report.

“Two major obstacles in the Netherlands are:

“If we make employee ownership easier, we kill two, or actually three, birds with one stone:

Ronald Kleverlaan: “In Estonia, there have been a number of exits from which a broad group has been able to benefit. There has been a whole boost of innovative, fast-growing companies, including an increase of employment. That has really taken that relatively small country to a higher level.”

Ronald Kleverlaan: “Some employees indeed have less capital to contribute than others. However, this is an existing problem. The current tax system reinforces this inequality. In the Netherlands, you already have to pay tax if you hold shares or options, but you can’t sell them yet. So that can only be done by people who already have capital – this only increases the inequality. So you would want to solve that, at least by shifting the taxation backwards. Then once you finally get the money deposited into your account, nobody thinks it’s strange to have to pay tax as well. Then you can always talk about how high that tax should be, but that’s another question.”

Erik Stam: “The devil is in the details. Such a small difference can have enormous consequences for the openness and usability of certain financing possibilities. At the moment, it is indeed the case that you have to have quite a bit of capital to be able to participate in the game. It’s penny wise, pound foolish – let’s tax it as early as possible so nobody gets too rich. Whereas our argument is: let it flourish first then at least it will grow big and you can tax it more later.

“Our new interpretation is more of how can you create a much more inclusive form of ownership in a dynamic economy. And we’re not just talking about the ‘unicorns’ in the start-up world (companies that are worth 1 billion as quickly as possible). From a European perspective, we’d rather see that wealth increase spread broadly, not that one or two entrepreneurs will buy a huge yacht out of it and the other employees barely see any return from the company’s success.”

“If you pay out to employees, they are going to spend their share in the Netherlands, pay taxes and start new businesses,” Kleverlaan adds, “and that generates broader prosperity.”

Connecting with the future

The benefits of employee ownership are currently insufficiently exploited in the Netherlands, the researchers state in the report. The Netherlands could learn from countries such as the United States, Canada and Israel, but also from European countries like the United Kingdom, Sweden and Estonia how this can be implemented.

Erik Stam: “Employee ownership is seen too much as a ‘tax issue’ in the Netherlands. The urgency is not felt either. What’s more, there are quite a few large companies in the Netherlands that are a bit sleepy and many self-employed people who do not yet offer the added value that they could generate as a collective. Employee ownership could provide a substantial wave of new companies that will generate long-term prosperity. Companies that will become the Shells, Philipses and Unilevers of the future. Companies that are going to ensure that not everyone will soon be self-employed – perhaps happy in the short term, but offering little value to society in the long term and possibly not having a pension and disability insurance.

“In other countries, the lobbying for start-ups and other labor collectives is better organized. We think we’re doing okay. In the Baltic States, there is much more of a feeling that something needs to be done in order not to miss the connection with the future. We can pull ourselves up by that.” 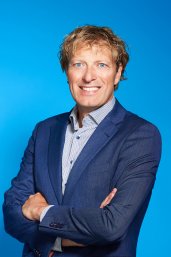 The traditional employer-employee split is too harsh in the Netherlands. Both parties think of their own interests, while employee ownership is about a common interest, in which you have to know how to find each other.  – Ronald Kleverlaan

What are we expecting in the Netherlands?

“The paradox is that political parties from SP to VVD could run away with this,” says Stam. Now the opposite is actually happening and the tax authorities are blocking it.

“Also the trade unions are still against it,” adds Kleverlaan. “These are also important players. They focus entirely on permanent contracts and security for employees. Whereas, of course, this is also about sharing the risk. The traditional employer-employee split is being pursued too hard in the Netherlands anyway. Both parties think of their own interests, while this is actually about a common interest, in which you have to be able to find each other.

Is this perhaps related to the perception of concepts such as “employee ownership”, “cooperatives” and “collectivity” on the one hand and “start-ups”, “scale-ups” and “profit sharing” on the other?

Stam: “If you had to name one obstacle, it would be the traditional relationships in the Dutch polder landscape. And the incomplete image of what employee ownership entails. The unions think: ‘this is a slightly too risky form of remuneration’ and the employers think: ‘that means a little too much involvement of the employees’ – so neither want it high on the agenda. That’s what we’d like to change with this report.”

Kleverlaan points out that in December 2020, the SP did submit the “Fair Sharing Act” bill, in which the intention is indeed to allow employees to share in the profits of the company where they work and to increase their voice within companies. This would involve companies of at least 100 employees. Unfortunately, there has been no debate on the proposal yet.

‘Tax measures have so far often been aimed at somewhat smaller companies, to give them a boost for faster growth. When they are larger they have to compete in the normal labor market. Our international benchmark in the report makes a lot clear. Among other things, it also shows that if you can no longer make use of tax schemes, because you have fifty employees for example, then you are limiting your growth. It is precisely in the growth phase of a company that the most added value is developed – for all concerned, and for society.”

Read the full version of report in English & Dutch: 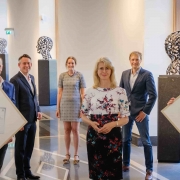 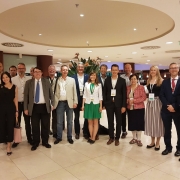 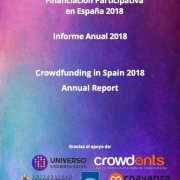 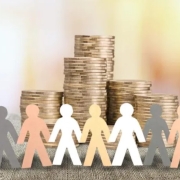 Italy | Another Year of Growth for Italian Crowd-Investing in 2022 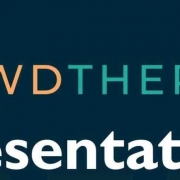 CrowdThermal Presentation | A Vision for Citizens’ Empowerment in Geothermal Projects

ENTRANCE | Mobilising Financial Resources to Accelerate the Scale-up of Sustainable...
Scroll to top