Many Dutch clubs are seeing declining membership numbers. This also reduced the club’s income, with all that entails. Sometimes a crowdfunding campaign can help. More is possible, says Ronald Kleverlaan, specialist in alternative finance and community finance, especially when you look at it from a more business-like perspective.

Traditionally, sports clubs had a lot of experience with crowdfunding. Only back then it wasn’t called crowdfunding. Members have always been called upon to make a financial or other commitment to the club. This often worked with success, but having fewer members makes it more difficult for sport clubs to collect funds. However, the plus points still remain.

Ronald says, “I like to call it community financing. By appealing to people, you get people involved and voluntary work increased. You often have to cross a threshold, it sometimes feels a bit like begging, but once you’ve taken that step, you often end up in a warm bath. People like to help out and do other things besides give money. It works like an oil slick.”

In recent years, we see more and more individual athletes getting involved in crowdfunding: not only will it bring money, but also it provides visibility.

“Take for example the website Talentboek for unknown talents. They can look for money on this website.” This can turn out to be very nice, because unknown talents sometimes also become known through campaigns. “A good example is that of Esmee Visser. She won a gold medal in the women’s 5000 metres at the 2018 Winter Olympics and just a few years before, she was looking for a few hundred euros for new irons on Talentboek.”

However, it should be noted that crowdfunding is not always easy. The biggest mistake you could make in a campaign is underestimating the amount of work that a campaign requires. Ronald says, “The money doesn’t just come pouring in by itself. A crowdfunding campaign is also a communication campaign. So you do need to set up a very active fundraising campaign: You have to know at which group you are targeting, how much money you can raise at most, and how to approach people individually. It’s a very active way of fundraising, if you don’t have a clear vision, it can easily go wrong. Sometimes a project doesn’t go well in the realization, either. That’s possible. Be honest and transparent about that. Then you’ll see the value of the crowd: who knows, maybe they can help you in other ways.”

A lot of new energy

Ronald tells clubs that they can also do things differently: collecting money in a professional manner that can be used to finance large projects. But this could mean a total takeover of the club. “That is successful in the UK. Many clubs, sports fields and swimming pools are taken over by the local community. They finance that themselves. The government also has 150 million pounds available for this type of financing – it is often a matter of match-funding- the community raises half of the funds and the other half is supplemented. So the money is doubled.”

When the government withdraws and the community takes over, it releases a lot of new energy. “That does depend on the right handover at the right time. People need to have a sense of purpose. It is important to safeguard the preconditions. We also don’t want to create a split in society: the haves and the have-nots. We shouldn’t only maintain the elite clubs and let the rest perish.”

It’s also difficult to accomplish this task only with volunteers. Crowdfunding campaigns require a professional approach. Ronald says, “At the moment, you can set the campaign up with a bit professional help and pay people to pull the cart – in the individual case, budget is available from the municipality – then you can make it a business case and get it done.”

Diversify as much as possible

Another form of funding is the one like Patreon or in the Netherlands Petje.af. These sites were originally conceived to give artists or other individuals the opportunity to acquire a basic income through this means. But the sites can also be used by sport clubs, which means supplementary income: not only members pay, but fans or sympathizers can also contribute.

“This is different from traditional membership. You can upgrade that relatively easily, with some people paying more and others less. Supporters can also cancel by the month. It’s a form of subscription, but digital – you can also provide digital products. Funders are not really a member, but more a supporter. In this way, an association can recruit multiple forms of members. You always have to look carefully at what is feasible in your community, though.”, Ronald says.

Ronald especially wants to give unions the message that they should share all available knowledge as widely as possible. “Collect best practices and give them to various associations. Look a little more on the investment side, on the asset side of clubs. People often seek to the corporate world for money and you’re not going to win the race with that idea. Memberships are a standard and that cannot be changed quickly, either.

He also says, “The changes are in the Patreon model or in bringing down fixed costs or selling land. Diversify as much as possible. Sell the property to the municipality and rent it back at a lower cost. Sell things to supporters who will then manage things themselves. As a federation, you must then make money and know-how available. Due to a lack of professionalism and knowledge, many initiatives do not get off the ground and remain stuck at the volunteer level, while you can achieve more with the support and assistance of an association. Provide knowledge sharing, peer support: sharing successes and support with money if possible.”

Want to listen to the interview recordings in Dutch? Click Here. 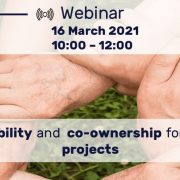 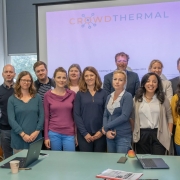 DivAirCity | The Power of Diversity & Inclusion for Climate Neutral Ci...
Scroll to top