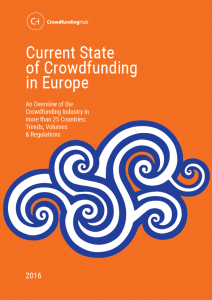 The publication of Current State report 2016

The alternative finance industry is a young industry and there is not a universally accepted taxonomy yet to describe the different actors in the industry. In The European Alternative Finance Benchmarking Report from Cambridge University (February 2015) this issue was already addressed. The Benchmarking Report followed the taxonomy of nine categories of business that had been constructed in defining and segmenting the UK alternative finance market in previous studies. We choose to follow this taxonomy as well and focus in our research on the four following types of crowdfunding:

The lack of a clear taxonomy is a hindrance for research. In the documentation and information we received about the crowdfunding industry in different countries, terms are used that do not always follow the same taxonomy. Crowdinvesting, crowdlending and crowdfinance are frequently used terms but they aren’t accurately defined. At least they are not defined on a European level and have a different meaning in the separate countries. For example crowdinvesting is sometimes used as a synonym for equity based crowdfunding and sometimes it includes both equity and lending based crowdfunding to entrepreneurs. For the sake of uniformity, we tried to avoid the words crowdinvesting, crowdlending and crowdfinance and converted them.

The alternative finance industry is a vibrant industry that develops very quickly. Community shares, civic crowdfunding, real estate crowdfunding and marketplace lending are examples of the developments that take place in the industry. We didn’t include these kind of developments in this research, but we are sure that in future reports we can’t ignore these new phenomena. For now, it was a challenge enough to collect information about the four mainstream types of crowdfunding.

For this research we worked together with more than 30 experts in all the European countries and asked them to provide us with reports and data about the crowdfunding industry in their country and give us their insights and views on the industry. We also asked them to share their knowledge about existing and upcoming regulations. We want to emphasize that by no means we intent to give legal advice in this report.

With the Alternative Finance Maturity Index we want to capture the causes behind the current state of crowdfunding in a certain country. After analysing the input we received from more than 25 countries we created a list of 15 research areas to assess the maturity of the alternative finance industry. Eight of them are related to regulatory issues. The other research areas vary from the size and volumes of the industry, diversity in types of crowdfunding platforms that entered the market to the degree of orgaanization and the accessibility of data.

The Index focuses on the divergences (positive or negative) we found when analysing the information provided to us by European crowdfunding experts. If a country distinguishes itself in a positive manner in a certain research area we highlighted this area dark green. E.g. this is the case with tax reliefs, where the UK has a very progressive stance when compared with other European countries. In some areas the opposite applies. For example, donation based crowdfunding is possible under existing regulations in every country, however in some countries extra conditions have to be met, causing some administrative burdens. For these countries we used a lighter colour green. 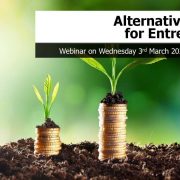 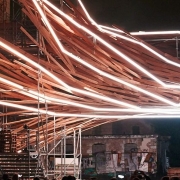 Launch of CrowdfundingHub
Scroll to top