This report presents the findings for the 3rd Annual European Alternative Finance Industry Survey, carried out by the Cambridge Centre for Alternative Finance. The report finds that European online alternative finance (excluding the UK) grew by 101 per cent, reaching €2063m. This report is titled Expanding Horizons to reflect the positive developments in European alternative finance in 2016, and sets a stage for further and future development of the industry. This study was the first to capture market data from 45 European countries, expand inter-European regional analyses, and included four additional models against the previous year. It is also the first to account for issues related to industry innovation, R&D priorities and internationalisation trends. Highlights from the report

While consolidation exists within certain jurisdictions, new platforms continue to emerge while others disappear. Surviving platform operators continue to innovate and expand, bringing new products and channels to their local and foreign markets. Overall prospects for further domestic and international growth remain substantial. Business funding derived from alternative finance continues to grow considerably, providing potential solutions to SMEs still facing challenges with accessing finance, and especially at early stages. Looking forward, adjustments and developments to existing and potential regulatory regimes at a local and pan-European level will hopefully pave the way for sustained growth within the sector. These changes have the potential to support a higher volume of cross-border transactions, as well as facilitating investments into innovation efforts that focus on process efficiencies and improved customer service features. 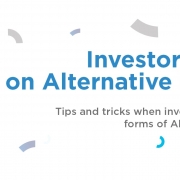 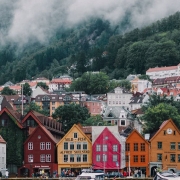