The Belgian market is slowly but surely becoming a viable alternative for funding. Belgium can be considered a latecomer in the industry, but is showing each year a growth of approximately 100%. The Belgian market is primarily dominated by local platforms, with some impact from international players in the reward based category.

Approx. €1 million was raised by donation based crowdfunding in 2015.

Reward based crowdfunding counts for €6 million, however, the exact amounts from Kickstarter and Indiegogo are not included.

Approx. €2,5 million is raised by equity based crowdfunding.

P2P lending is not yet permitted by the regulator in Belgium. This creates a serious hurdle in financing options for starting and especially scaling companies.

Look&Fin, (lending) works with established SME’s. It selects cash-flow positive companies and attracts a strong investor base.
Ulule, (donation and reward) is a French based platform that is integrated (white labelled) in the BNP crowdfunding platform.
MyMajorcompany, a platform that enables internet users and music fans to invest in their preferred artists’ projects. (They recently announced to stop their activities.)
Like in many other countries Indiegogo and Kickstarter have a relatively large presence.

The regulation is coordinated via the FSMA, the Belgium regulator (Financial Services and Markets Authority).

It is expected that the current limits will be increased to become more in line with neighbouring countries. Recently, Ministers and other government bodies have launched initiatives to promote entrepreneurship in general, and crowdfunding in particular, leading to the implementation of the tax shelter and probably increased exemption limits to encourage entrepreneurial activities in Belgium.

An important remark is that the market of P2P lending is not yet open. This form of crowdfunding that is by far the most important in terms of volume and total crowdfunding amounts globally and in every other country in Europe, is currently not permitted by the regulator in Belgium. This creates a serious hurdle in financing options for starting and especially scaling companies, and is one of the reasons why Belgium has experiences a slow growth.

In Belgium, banks are taking an active role in the domain of crowdfunding. However, banks have taken a different position.

KBC has launched its proprietary platform for crowdfunding. Since their launch in 2014, they have funded 5 projects (figures until end 2015).

BNP has a dual approach: they are partner to an equity crowdfunding platform, but have launched a reward platform based on their own brand.

The attitude of investors is changing towards crowdfunding and investing in startups in general. One of the explanations for this is that platforms have a better selection and deal flow of projects.

The government has taken an active role in launching, operating and financing crowdfunding platforms. Some examples:

CrowdfundingGent is a platform launched by the city of Ghent to encourage mostly non-profit projects in the region of Ghent.

“͞Crowdfunding is evolving from a domain that attracted only projects that were rejected by the banks, to an alternate funding method that is becoming the financing method of choice for many entrepreneurs.͟“

There are a series of notable events, indicating potential for increased impact:

– The professionalization of the platforms and structures, notably by the top 5 in Belgium.
– The set-up of funding ecosystems creating links between crowdfunding platform, angel investors & VC’s, incubators but also corporate partners and government.
– The arrival of entrepreneurship driven measures, such as the tax shelter and increasing limits in amounts related to prospectus exemption and funding amounts per investor
– The announcement of an expert-market by Euronext, allowing trading in crowdfunding shares. This can become a viable exit opportunity for crowdfunded companies.

A second challenge is the implementation of the fiscal incentives. The proposed law for equity crowdfunding (tax shelter) is not applicable to reward based crowdfunding.

The approval of P2P loans in the regulatory framework is very important for the Belgian crowdfunding industry.

The attitude versus risk capital and entrepreneurship is a general challenge. However, there is certainly a very positive evolution in that respect thanks to the work of many organizations

The integration of the ‘entrepreneurship’ and ‘(crowd)funding’ efforts. Notable organization are startups.be, the startup manifesto, the ECN, Digital Belgium and many others. The coordination of joint efforts to increase the appetite for crowdfunding and entrepreneurship in general in a European and global context is an important action point.

What is the future holding for Belgium?

Crowdfunding will grow to become an important source of funding for entrepreneurs within every sector.

In general, Belgian crowdfunding market is experiencing a positive evolution and growth , contributing to a flourishing entrepreneurial ecosystem in the country. 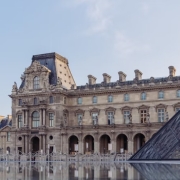 Current State of Crowdfunding in Estonia 2016
Scroll to top