As reported last week, the European Alternative Finance Benchmarking Survey was launched with the support of major European industry associations: CrowdfundingHub, the University of Cambridge, EY the Global Professional Services Organisation. This is the largest study to date on crowdfunding, peer-to-peer lending and other forms of alternative finance in Europe.  This benchmarking survey, which opened on 25 November and closes on 20 December, aims to capture the size, transactional volume and growth of the alternative finance markets across Europe.

Why CrowdfundingHub decided to participate in the Research?

Ronald: The core mission of the CrowdfundingHub is to create a sustainable ecosystem for alternative finance. We do this as an independent knowledge centre with research activities, by educating the different stakeholders with public events and by bringing together the different stakeholders in Roundtable sessions. The reason we joined this research is that it is very important for policy makers and regulators to have a clear understanding of the current size and growth in this fast developing market. Because the alternative finance market in the Netherlands developed early and we have a lot of different types of platforms compared to other European countries, we have a lot of experiences to share with other countries. It is also interesting for Dutch platforms to benchmark their own status with their European competitors.

What can the we learn from the Netherlands and the initiative of the Vrije Universiteit (VU), Amsterdam Business School (UvA) and the CrowdfundingHub?

Ronald: The Amsterdam Universities and the CrowdfundingHub work closely together on crowdfunding research. Over 50 students, PhD researchers and academics are focussing on different areas of crowdfunding and sharing their concepts and results. The academic research seminar organised by these three organisations was a great success and showed the multi-faceted research area of crowdfunding. A follow up event is planned in Q1 of 2015. These type of events are very important for this developing industry. At this moment we should share as much of our experience and knowledge as possible to make sure this industry will develop faster and become more professional.

How did the Dutch Government act to propel crowdfunding & P2P in the Netherlands?  How are regulations evolving?

What will be done to maintain the growth of Alternative Finance?

Ronald: This is indeed very important and the main reason why we launched the CrowdfundingHub. It is very important to have an independent organisation not only educating entrepreneurs and investors, but also to do independent research and share these experiences with the rest of the stakeholders. There will be defaults, just as this will happen when businesses get funding from traditional sources, but most likely they will be far less then

with traditional finance because more investors have a (personal) connection with the company and will help them to succeed. It is therefore very important that organisations likethe CrowdfundingHub, but also the European Crowdfunding Network and the national associations, are available to answer questions when something goes wrong and put it in perspective. These organizations should also make sure they promote success stories to educate other entrepreneurs and the general public about the potential and opportunities. 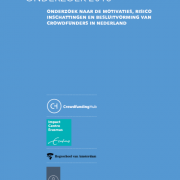 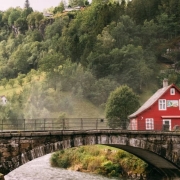