Estonia is a European frontrunner! Crowdfunding started in 2009 with a local P2P consumer lending platform called isePankur (now Bondora). In 2015, Estonia ranked second in Europe on total volume per capital. Although the Estonian market is only 1M+ people it has the potential to grow by virtual Estonians – attracted by the e-residency program that was recently launched by the Estonian government.

Despite being ranked as second in Europe on total volume per capital, there are no exact statistics available on the total volume of the Estonian crowdfunding industry for 2015.

The donation based crowdfunding platform Swedbank raised €1,1 million to date.

Since its launch in 2012, the reward based crowdfunding Hooandja.ee raised a total of €1,3 million.

The first equity based platform was officially launched in August 2015 and has raised €260.000 so far.

Estonia has numerous platforms, many of which operate cross border.

Bondora.com is aiming to become a pan-European lending platform. Bondora secured a peer-to-peer lending license in UK and is now under the supervision of the UK Financial Conduct Authority.
Hooandja.ee is the “kickstarter” of Estonia, launched in 2012 and has over 43,000 regular contributors and its user base is from 180 countries.
Investly.co the first business P2P lending and invoice factoring platform in Estonia (launched also 2014) has opened their shop in London this year.
The first equity based platform Fundwise.me launched in 2015.

Mintos, the Latvian P2P lending platform, expanded into Estonia in 2015.
Indiegogo and Kickstarter are the most important crowdfunding platforms from abroad.

The law on P2P consumer credit platforms have been made more stringent. The law was adjusted to target SMS loans. SMS loans are unsecured instant loans obtained via a text message. Irresponsible borrowing and sizeable SMS debts have become a serious social issue Estonia. Starting from April 2016, credit providers have to apply for an activity license from the Financial Supervision Authority.

Financial law stipulates that public offering of securities cannot be over the limit of €100.000 without issuing a prospectus. (The Nordic average is €1,5 – €2 million.) This substantially decreases the possibilities for the crowdfunding market to grow in Estonia, unless the limit is substantially raised. There is a coalition of lobbying from the public private partnership initiative FinanceEstonia to raise this limit to at least €1 million.

The offers that do not qualify as public are as follows:

Banks have been mostly watching from the sides. Most banks operating in Estonia are subsidiaries of big Scandinavian banks. The exception is LHV bank, small relatively new and first in Estonia to experiment with coloured coins, cooperating with fintech star Transferwise (speeding up transfer and decreasing exchange rates). Some additional alternative financial players – offering payment and cards (Pocopay) and even a new credit institution have entered the market (Cofi under the trademark Inbank).

Swedbank has been promoting crowdfunding both rewards and equity type and run their own donation platform – they’ve risen €1,1 million € so far – €0,8 million on the bank’s side and €0,3 million on the people’s side.

The banks have mixed feelings towards crowdfunding, according to the CEO of Crowdestate, Swedbank refuses to put any money into real estate projects that have any sort of crowdfunding elements but some are even advertising crowdfunding to their potential clients.

Investor attitudes depend on their knowledge of investing and background. Newer investors usually start growing their portfolio with crowdfunding and are optimistic about it while seasoned investors are mostly still cautious as the industry as a whole hasn’t still survived a bigger crash. Many sites probably wouldn’t survive a more severe downturn with lost investor confidence and loan payments being delayed, higher delinquency rates etc. At least in case of equity based crowdfunding the site related risks are taken out of the equation when the projects get funded.

“It is very likely that a new banking infrastructure will take form through the new fintech companies (like Pocopay, Monese, Fundwise) and financing methods like crowfunding which will be the dominant form of financing in the near future.”

The potential for crowdfunding is huge; we are at the beginning of something extraordinary. This could be the game changer for how P2P small loans are funded and how real estate deals and enterprises are funded, worldwide growth in crowdfunding proves it and it continues to grow at +100% per year. It has the potential to promote entrepreneurship, to get more people into being entrepreneurs as it makes is much more visible how small businesses get funded and what is needed for successful deals. I think it has good influence on entrepreneurship overall as it shows how good companies get better results at crowdfunding campaigns.

One challenge is that crowdinvesting is not regulated well enough. It is not yet also seen as an investment and can’t be tied to the investment account. One can’t deduct losses from investments and also has to pay taxes yearly.

The amount (now €100.0000) for not having to issue a prospectus has to be increased. Awareness of this instrument as a valid alternative to other investments has also to be increased.

Other problems are connected with overall poor investment habits, lack of knowledge about investing and poor consumption habits. In many western countries 20-40% of people invest; in Estonia the rate is much lower, probably below 5%. Situation is improving though, thanks to money bloggers and active investors, also crowdfunding sites and some banks give out information and educate people about these matters.

What is the future holding for Estonia?

There’ll be some kind of regulation soon and hopefully the amount that is allowed to be raised publicly now (€100.0000) will be raised to €1 million at least.

The Estonian e-residency will take crowdfunding global and by summer 2016 it’ll be even easier when local banks will allow e-residents to open bank accounts and securities accounts via video links. 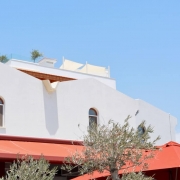 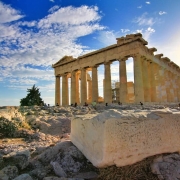 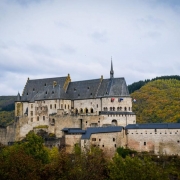 Current State of Crowdfunding in France 2016
Scroll to top