Currently the most common form is reward-based crowdfunding, which exists in the Czech Republic for four years now and is growing every year. For example the Hithit platform raised 80% more money in 2015 than in 2014. The second most used form of crowdfunding in the Czech Republic (that is actually not publically perceived as a form of crowdfunding), is P2P consumer lending. It started to accelerate during 2015 when Zonky.cz was launched. This platform has built its public recognition on the emphasis that people who do not match the criteria of banks should nevertheless have a chance to get a loan. SymCredit and Pujcmefirme represent Czech P2P business lending. These platforms are slowly gaining the trust of the public Equity crowdfunding has not been an active form of financing in the Czech Republic so far. Just one campaign has been successfully funded.

Despite a growing number of platforms and volumes generated, there has been nNo research in the Czech Republic to date. Consequently, the total numbers below serve only as an illustration of the overall traffic and popularity of crowdfunding.

In 2015 reward based crowdfunding has raised aproximately €1,7 million.

Equity based crowdfunding has only seen a €28.000 transaction, when Panezdroj platform sold its own equity. With the launch of Fundlift in 2016, the market is expected to grow.

In order to operate an equity-crowdfunding platform, the firm providing the platform may need to be an investment firm (in Czech: “obchodník s cennými papíry”) licensed pursuant to the Act No. 256/2004 Coll., the Capital Markets Act, as amended and meet all the requirements for duly licensed investment firm (the “Investment Firm”), and satisfy further conditions, such as hold a licence for execution of orders concerning investment instruments (e.g. investment securities) on the customer’s account and others.

The total consideration for the investment instruments offered by the platform with respect to each individual project company has to be lower than €1,000,000, otherwise a prospectus must be produced and approved by the respective regulator.

Banks have not made any significant steps yet towards becoming an active part in the crowdfunding industry, as they might not consider it as a real opportunity or threat. One of the Czech branch of Raiffeissen bank tried unsuccessfully to run its own reward-based crowdfunding platform called “Odstartováno”.

Investors have been mostly investing to Czech P2P consumer loans on Bankerat, Benefi or Zonky. Zonky has gained the biggest attention from the investors, as they have several thousands people queuing for investing into the loans on the platform. Investing in loans on the Zonky platform is significantly different from the other platforms because investors have to manually pick each of the projects they want to invest in.

“We are raising chances of projects to get funded through crowdfunding.“

Czech crowdfunding is still gaining momentum, as more and more people get familiar with this method of financing. We are seeing now that reward-based crowdfunding is growing its total number of supporters year by year. A majority of crowdfunded projects are from the creative or art scene, but there is a growing number of business projects using crowdfunding as means of getting customer feedback. However, traditional means of financing projects still prevail.

Legal optimization and payment processing are the biggest challenges. When reward-based crowdfunding platform wants to hold backers money (as Kickstarter does), it has to have a banking licence. Thus platforms are using a mediator – payment gate, which is not fully filling their needs, because they have exceptional needs in comparison with regular e-shops. For reward-based platforms it is hard to find a perfect partner who is eager to function in same setting.

What is the future holding for the Czech Republic?

P2P consumer lending and reward-based crowdfunding has been showing an increase in attention from the public. I expect that those two forms will be the fastest growing in the future. The growth will become more significant if Kickstarter will add the Czech Republic to the list of eligible countries. The growth for other forms of crowdfunding is unpredictable as some of them have not been on the market for quite some time and the market in this sense is developing. 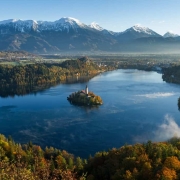 Current State of Crowdfunding in Ireland 2016
Scroll to top